Probably most of those who read these lines remember the stories that their parents, siblings, uncles, teachers, friends, or legal guardians told them in their childhood. Among them, some classics are “The Three Little Pigs,” “Hansel and Gretel” or “Little Red Riding Hood,” for example. But although generally associated with the genre of stories with childhood, we can also find a wide variety of them that are more appropriate and/or understandable for adolescents, young people, and even adults. 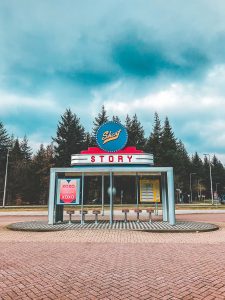 “There was once in Japan an old man whose name was Takahama, and who lived from his youth in a small house that he himself had built next to a cemetery, on top of a hill. He was a man loved and respected for his kindness and generosity, but the locals often wondered why he lived in solitude next to the cemetery and why he had never been married.

One day the old man became seriously ill, being close to his death, and his sister-in-law and his nephew came to take care of him in his last moments and assured him that they would be with him whatever he needed especially his nephew, who did not separate from the old man.

One day, when the bedroom window was open, a small white butterfly sneaked inside. The young man tried to scare her away several times, but the butterfly always returned inside, and finally, tired, he let her hover next to the old man. 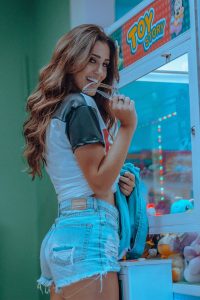 After a long time, the butterfly left the room, and the young man, curious by its behavior and marveled by its beauty, followed it. The little being flew up to the graveyard that existed next to the house and made his way to a grave, around which it would hover until it disappeared. Although the tomb was very old, it was clean and well-kept, surrounded by fresh white flowers. After the butterfly disappeared, the young nephew returned to the house with his uncle, to discover that he had died.

The young man ran to tell his mother what had happened, including the strange behavior of the butterfly, at which the woman smiled and told the young man why the elderly Takahana had spent his life there.

In his youth, Takahana met and fell in love with a young woman named Akiko, whom he was to marry. However, a few days before the link, the young woman died. This plunged Takahama into sadness, from which he would recover. But nevertheless, he decided that he would never marry, and it was then when he built the house next to the cemetery in order to be able to visit and take care every day of his beloved’s grave.

The young man reflected and understood who the butterfly was and that now his uncle Takahama had finally reunited with his beloved Akiko.”

This beautiful story of Japanese origin tells us about love, specifically a love capable of transcending time and even death.